As some of you are probably aware (because I can’t keep talking about it in stories on IG!), I’ve been watching WAY too much Forensic Files.  Long story short, I’ve become acutely aware that I need to be WAY more careful in regards to violent men out there wanting to harm women.  Out of 100 episodes, I’ve seen 2 that have had a violent crime involving a woman.  All the other 97 have been men stalking women and committing some HIDEOUS acts of violence.  I can’t even. . .

Before I sign off and go back to work at 9:17pm, I wanted to encourage you all to look up sex offenders in your immediate area.  Most states have a registry that allows you to easily see who is in your area and why they made the list.  Several of the episodes I watched involved children being murdered so take action, and know your neighbours.

The point is not to be paranoid, but to get/stay awake.  Be switched on, and always be aware of your surroundings.  Walking around as a hard target by looking everyone in the eyes, keeping your hands out of your pockets, chest up, and simply putting off the energy that you will FUCK someone up should they choose to try and mess with you.  There are so many points to cover in self defense, but most of it is prevention-based.

Stay alert, train hard, and take action.  Always make sure you know the consequences if you choose to share your location on social media in the event you have a stalker, and if I end up getting taken out by some sick psycho, you all better RISE THE FUCK UP on my behalf!

As some of you are probably aware (because I can’t keep talking about it in stories on IG!), I’ve been watching WAY too much Forensic Files.  Long story short, I’ve … 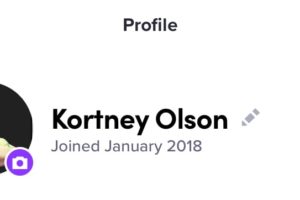